The accounting expert serves as an integral extension of its clients, ensuring all tasks are accurately completed. However recently, competition became fierce as competitors started to offer equally interesting services and even used enticing branding images which made the Client indistinguishable from its industry peers. The Client decided on offering a FREE-TRIAL to target customers. Well aware that this required expertise in pursuing prospects and getting them to agree to meet with the Client’s consultants to discuss signing up for the free trial, the Client searched for an appointment setting company that best fit their needs and chose Kazehi.

KEY HIGHLIGHTS
● Filtered active contacts and identified the most appointment-ready key-prospects and those who were interested to discuss, via the Pipeline Lead Nurture Tool
● Leveraged live conversations with prospects reinforced with touch points via emails
● Handed off highly qualified appointments and delivered

Kazehi ran a Customer Profiling campaign along with Appointment Setting to update the Client’s database and to build a new set of qualified prospects.

1. An initial email copy which contained news releases about the Client’s FREE TRIAL offer were sent to target customers.
2. Active emails from prospects who responded, clicked links and visited the Client’s company website were saved for follow-up calls.
3. Responses also gave the Kazehi team the opportunity to filter the most available prospects to touch base with via the CTA link (scheduling option) in the email copies.
4. Bounces were filtered and saved for follow-up calls for the agents to update as they speak with the Prospect.

Aside from targeting to gain a new set of clients, the Appointment Setting program aimed to exhibit a differentiated service by giving their customers a first-hand experience of the service.
1. With the help of the Pipeline Lead Nurture Tool, the team was able to profile the contacts in the database: information like contact name, address, contact numbers and email address were updated.
2. Initial email copies with replies were set for follow-up calls - appointments were set for prospects who agreed not only to the FREE TRIAL but also for those who were merely interested to discuss the Client’s services.
3. To ensure that appointments were not missed, the Kazehi team sent calendar invites to prospects to remind them of their appointment schedule.
4. And with Kazehi’s SMART Calling system, a hefty number of prospects was reached by the Kazehi team to speak with the Client’s specialists and agreed to a FREE TRIAL.

The first four weeks were the busiest days of the campaign period as the Kazehi team was juggling between getting together a fitting list of contacts to profile and setting appointments with those contacts at the same time, but successfully delivered 11 solid appointments. Between the 2nd and 8th months, with the Kazehi team effectively done with the initial calls, follow-up calls came out more productive as most of the prospects the team spoke with were
already knowledgeable of the free trial and have learned of the service’s benefits from other prospects via testimonial videos linked through the follow-up emails. This phase of the campaign generated 43 more appointments for the accounting expert. The last 4 months (9th to 12th) had the Kazehi team equally busy but more delighted as follow-ups that were nurtured during the start of the campaign eventually converted into appointments and impressed the Client with 156 appointments at the closing. 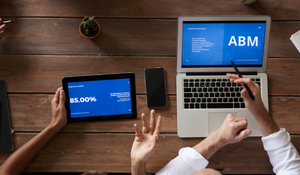